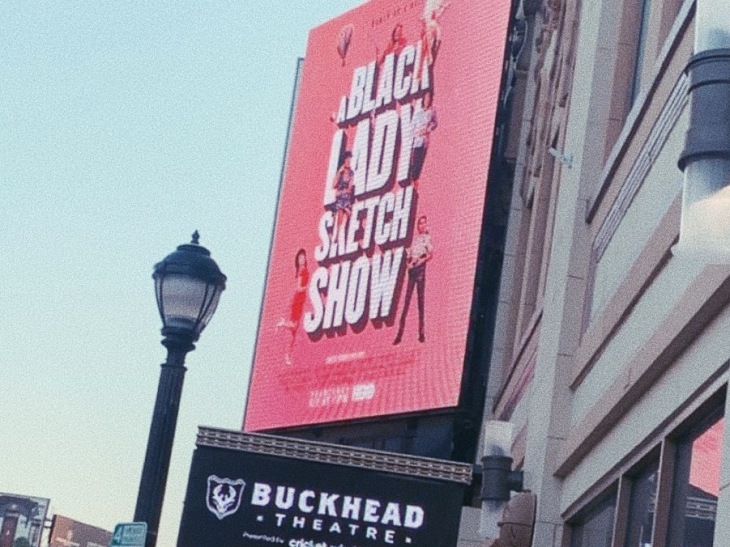 Atlanta, GA., July 30th, 2019 / Giselle Ave. Media – The face of black entertainment has evolved over the past decade. Yes, we are reminiscent of scenes from our favorite 90s sitcoms, like “Fresh Prince of Bel-Air,” and “Martin,” but nowadays, we are introduced to new comedians daily, in the form of black Twitter, viral memes, and sketch comedians creating their own lane on Instagram, Facebook, and Twitter. Frankly, times have changed, and the way we consume content has too! In addition to consuming new content, we’re introduced to new, raw talent — with no middleman in sight. Creators can now access their target audience directly, without the headaches of third parties trying to capitalize off of their talent. Of course, catching your “big break,” is still the goal, but the terms have changed and the power is BACK in the people’s hands.

One of my FAVE pioneer women in media to successfully crossover into a new avenue of content creation is Issa Rae, writer/producer of her YouTube series, Awkward Black Girl, that later evolved into her hit show on HBO, Insecure. Her raw talent and powerful storytelling is unmatched and truly represents the face of today’s millennial. I’m a huge fan of Issa’s work, so I already knew what time it was when I learned of this NEW show coming to HBO, also Executive Produced by Issa Rae. 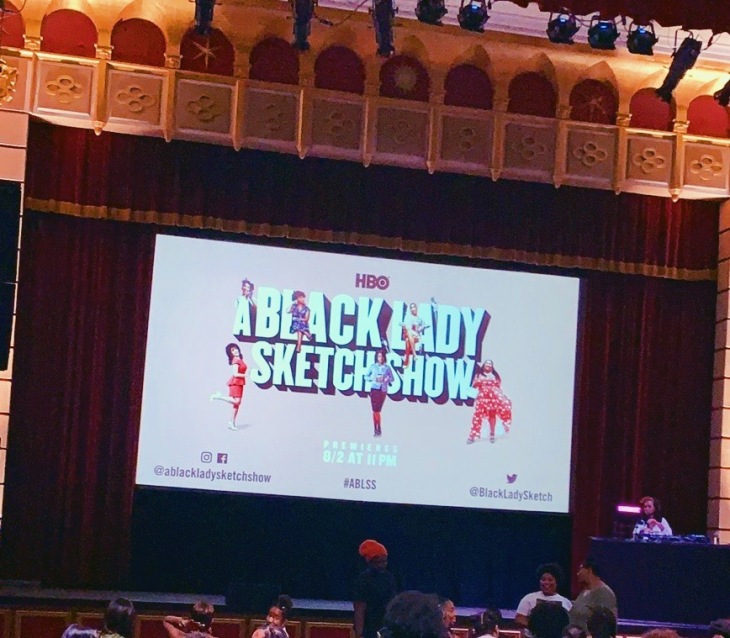 Team Giselle Ave. was invited to the Atlanta premiere of “A Black Lady Sketch Show,” (abbreviated #ABLSS) airing on HBO this Friday, August 2nd at 11pm EST— which is also my BIRTHDAY, can you say, perfect timing?!

As seen on the Official ABLSS HBO Series Website:

The event curators invited Atlanta’s Who’s Who out to view an excluisive pre-screening of the new series, before it airs this Friday on HBO. The event was held at the Buckhead Theatre, across from The Shops Buckhead (very fitting, might I add) and was elegantly draped in plush pink, and wine colored decor. There were pink couches for guests to lounge in, while viewing the premiere of #ABLSS. There was a very open bar, compliments of HBO, and two signature drinks: melanin magic & summer water, both great cocktails to loosen up the crowd for laughs and unconventional comedy. 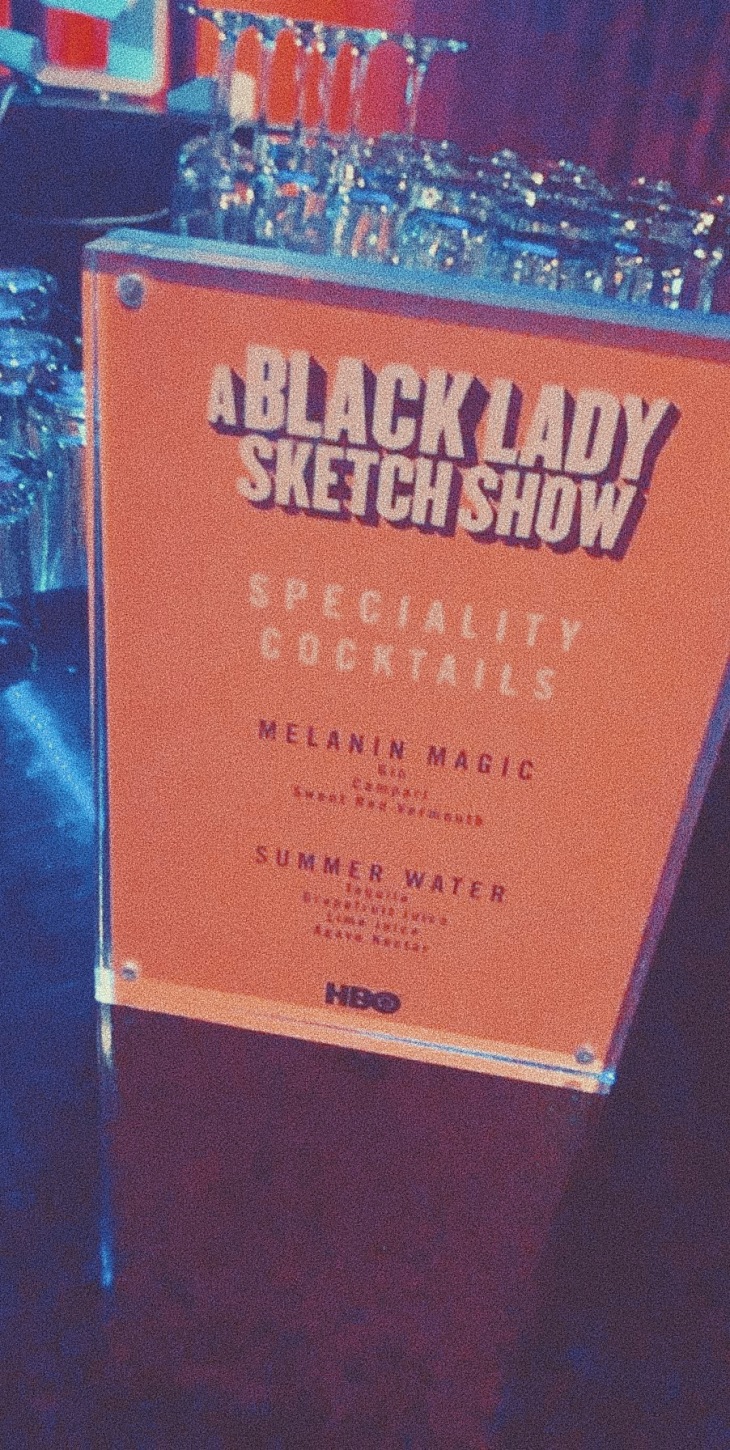 Of course, a photo booth was made available for guests to share their experience online!

What To Expect from #ABLSS 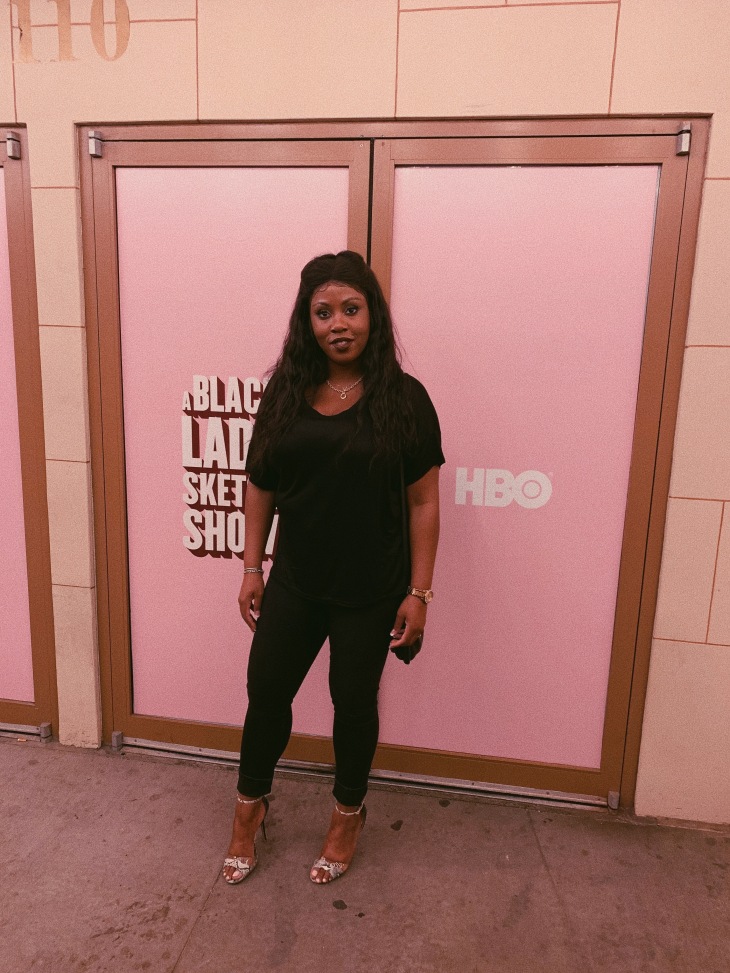 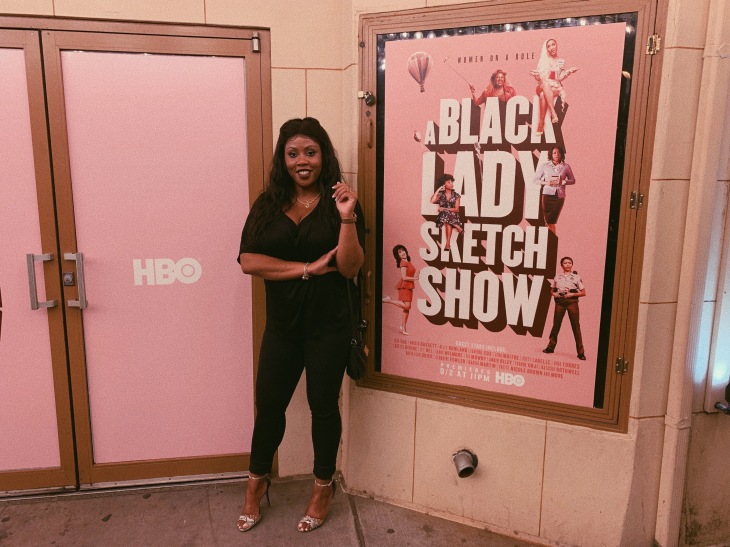 The preview event literally felt like we time traveled back to the peak of Def Comedy Jam. We used to have to watch old shows to get that feeling of black excellence, but now we have a prescription for all the melanin magic you’ve been missing in life. We were in the room with Black Twitter, and as a proud member of this digital family, I was happy to enjoy such refreshing content, in the midst of my peers and people who could really relate to every joke and punchline served. When I use the term “melanin magic,” I’m referring to the sheer proof that when people of melanin-rich skin tones come together, there is a magical result. An ode to Beyonce’s latest single, “Brown Skin Girl,” tons of brown girl appreciation seen throughout the show.

You may comment, “What’s Going on Here?” at least once 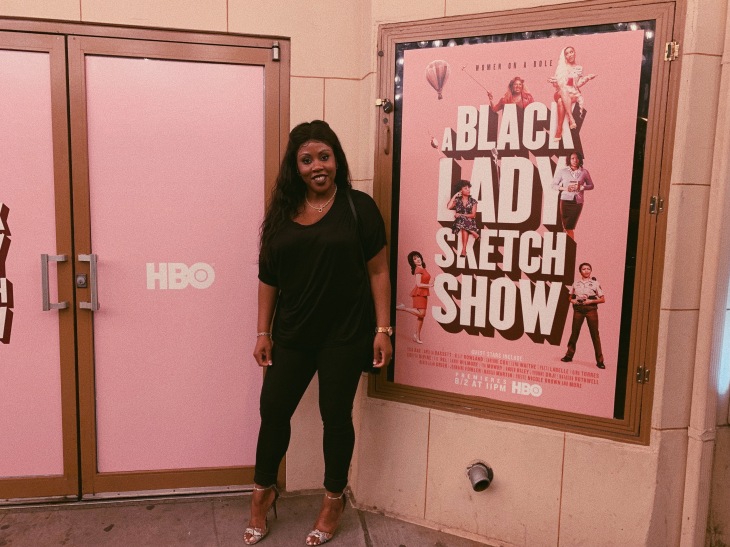 Okay, there are a few scenes that left my puzzled, but in a good way. Have you seen the HBO series, “Random Acts of Flyness?” If so, think of the abstract take on popular culture displayed throughout the series. Let’s just say, there are some scenes where you will wonder what’s going on here. There is a combination of abstract comedy that makes you go hhhmmmmmmm. BUT, in a good – use those critical thinking skills — kind of way. 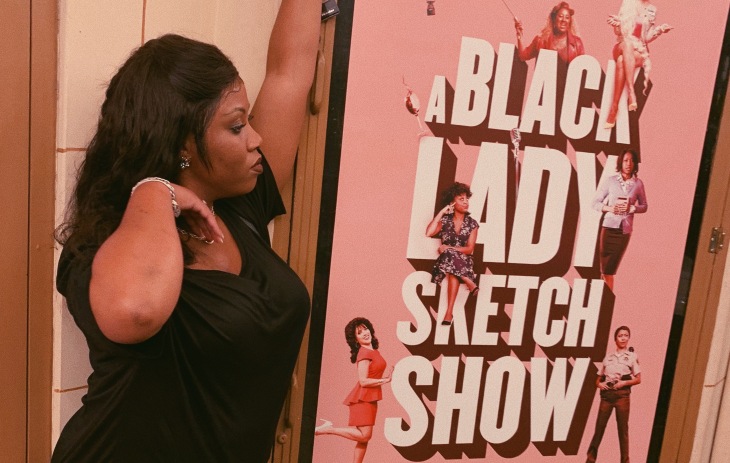 Who knew we needed a support group?! Ha! One of the funniest sketches in Episode 1 includes a Bad Bitch Support Group that we didn’t know we needed. Yes — WE. I can almost guarantee there will be a ton of reactions and memes on the internet thanks to this particular scene. Sis, do you need a support group? #ABLSS has you covered! 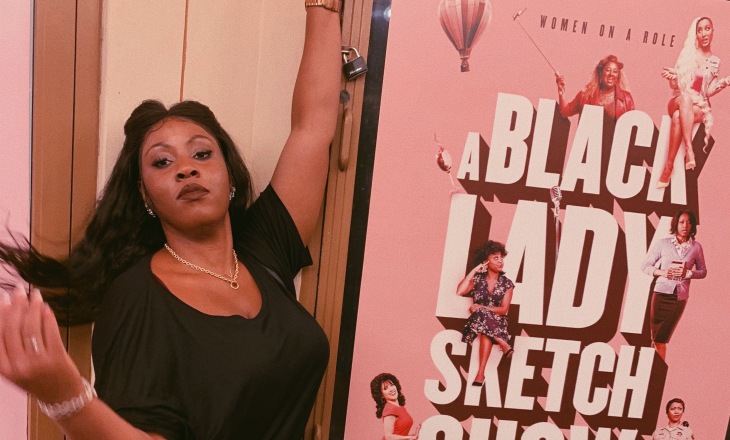 Tons of Celebrity Appearances, including the spirit of Issa Rae 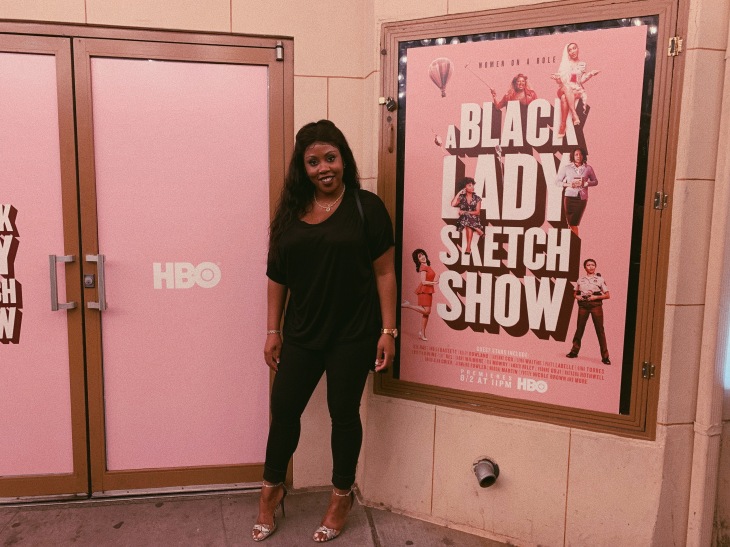 Crowd: Yaaaaas, MOTHER, AUNTIE, OMG I LOVE HER!!!! Claps, claps, more claps. Wait, is that?! Yaaaaaas, gets up, and twirls!

Much like popular HBO comedy shows such as Def Comedy Jam, and The Dave Chappelle Show, there are several celebrity guest appearances on the show. I’m not going to say WHO, but stay on your toes because they are in character and serving LOOKS.

As an executive producer on the show, I felt the spirit of Issa Rae all throughout the venue. From the similar pink branding as Insecure, to the nature of the writing, I could tell Issa Rae was an integral part of the production crew and bringing this vision to life. I consider myself a pioneer woman of color in media, so this show was personal. It instilled a sense of pride and encouragement in me to believe in what I’m creating, because the world needs it!

If you’re reading this and you consider yourself a pioneer woman or man in media, I strongly encourage you to watch this new series and get inspired. The world is OURS and the future of media belongs to content creators willing to put their art out there, no matter what anyone else thinks.

Will you be tuning in to #ABLSS this Friday a.k.a. on my BIRTHDAY? Let me know in the comments section.

Be sure to use the #ABLSS while sharing your thoughts online. Trending topics are the NEW Nielsen ratings, and with our support, the show can be renewed for a season 2! Support amazing artists!

Belle in the City Giselle

For more information about the show, please visit the HBO Series website.

For more information about advertising on Giselle Ave. email info@GiselleAve.com