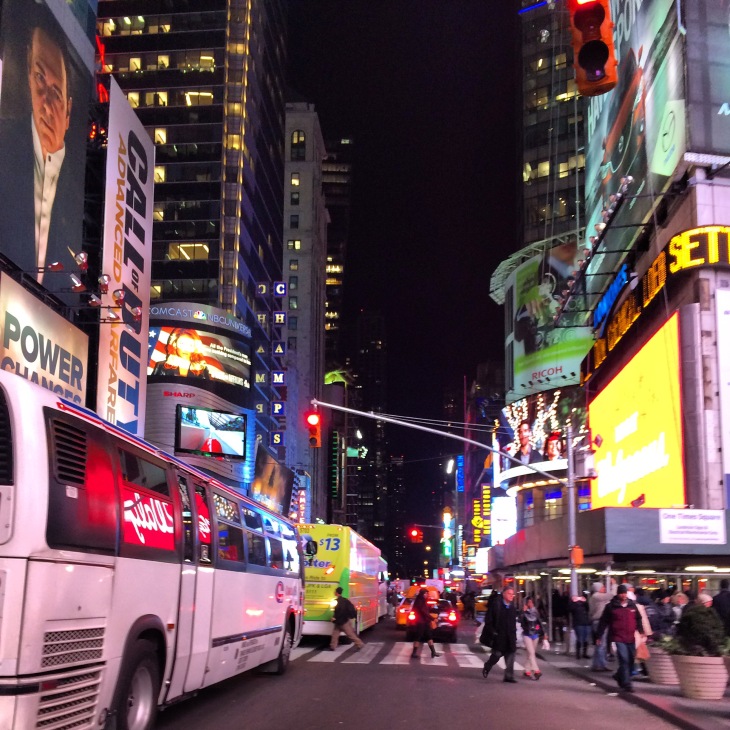 November 24th, 2014, Atlanta, GA / Giselle Ave. Media — This past weekend was well spent with my dearest friends in the Big Apple, b.k.a. New York City, NY. We were Southern Belles of Alabama in the City– Ding, Dong!! One word sums up the weekend: inspired. As soon as we flew in from Atlanta, I already knew I would be overwhelmed with a reminder of WHO I am, and WHY I am. The city truly has a pulse of its own. There is a heartbeat in New York that no other city can replicate. From lessons learned to images captured, I want to attempt to share a glimpse of our winning weekend.

My friends Whitney Gay and Courtnie Harris came up with the bright idea that we should go see KeKe Palmer as “Cinderella” on Broadway! And women like us, make things happen. Fast forward to this past weekend, we were headed to New York City to witness Black HERstory as KeKe Palmer played the first ever black Cinderella on Broadway. What an amazing experience!

Between shows on Broadway and Subway rides, we definitely learned at minimum ten lesson during #NYCNights, check out the list and take note if you’re planning a trip to the Big Apple!

10. New York City is full of Movers and Shakers.

I mean this literally. Like everyone is moving, and shaking (because of the cold!)

9. It’s not that easy to catch a cab in the middle of Times Square after Midnight.

We tried, really hard, it was impossible! I thought at first, it’s because we’re black. But it was really because everyone needed a taxi in the middle of Times Square around midnight.. go figure? BUT the Pedi-cab was there to save the day! And the power of negotiation will get you a great rate! Whoop! 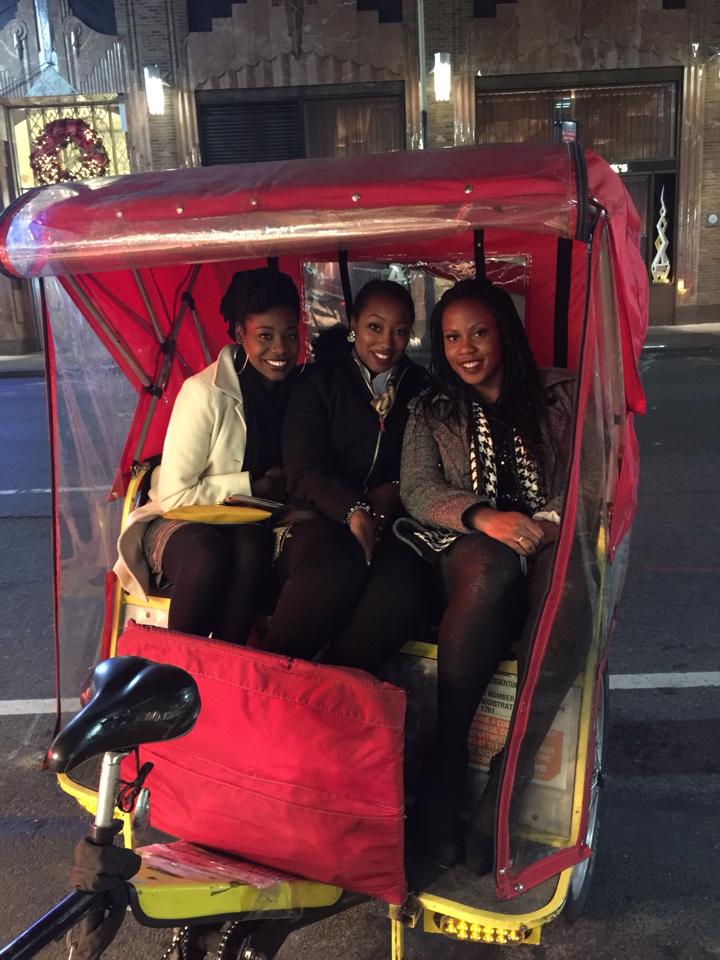 8. Times Square is on a Whole Different Level of Hustle.

Real talk, even the stores have to hustle… HARD, for customers. There were live DJ’s and street performers on every corner in attempt to attract customers into their stores. H&M was on a whole different level of awesome with the hanging mannequins and dope music. Hell, even the Sunglass Hut had a DJ! Big Screens + Lights + Music= Times Square NYC. Get a costume, take some pics and BAM— you have a job in Times Square! 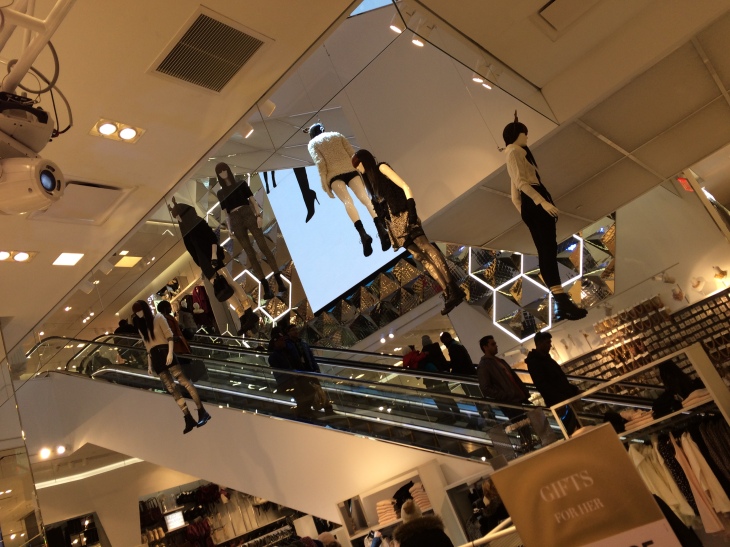 7.  The Subway makes sense if you’re staying in the City.

For $9.45, you can purchase a Metro Transportation Authority (MTA) card and ride practically anywhere in the City! As for us, we kept it simple.. from 52nd Street to 34th Street— we found our Miracle on 34th Street! (And got a little tipsy in the Empire State Building.. )

And don’t walk out of the hotel with your Google Maps on trying to find your way around the city.. it’s a dead giveaway and creates an opportunity to get “jipped.” (jipped– defined as played for a buck on a street corner by a person selling something you most likely don’t need).

We were on the prowl for the good NYC eats, but quite frankly we didn’t find them. The food was O.K– the pizza was on FLEEK–but it didn’t taste so good that I wanted to go home and slap my mama.. I’m just saying.

4. Broadway etiquette isn’t as serious as you might think.

I was once told you can never be over-dressed. So I pulled out the dress with sequins, houndstooth shawl and heels. But, on Broadway there were kids in jeans, and women in sweatshirts. Moral of the story, you really can come as you are. Don’t over think your attire for the evening! KeKe Palmer as “Cinderella” was entertaining, but it wasn’t the best show ever. I rate it at a 6/10… She whined more than she acted. 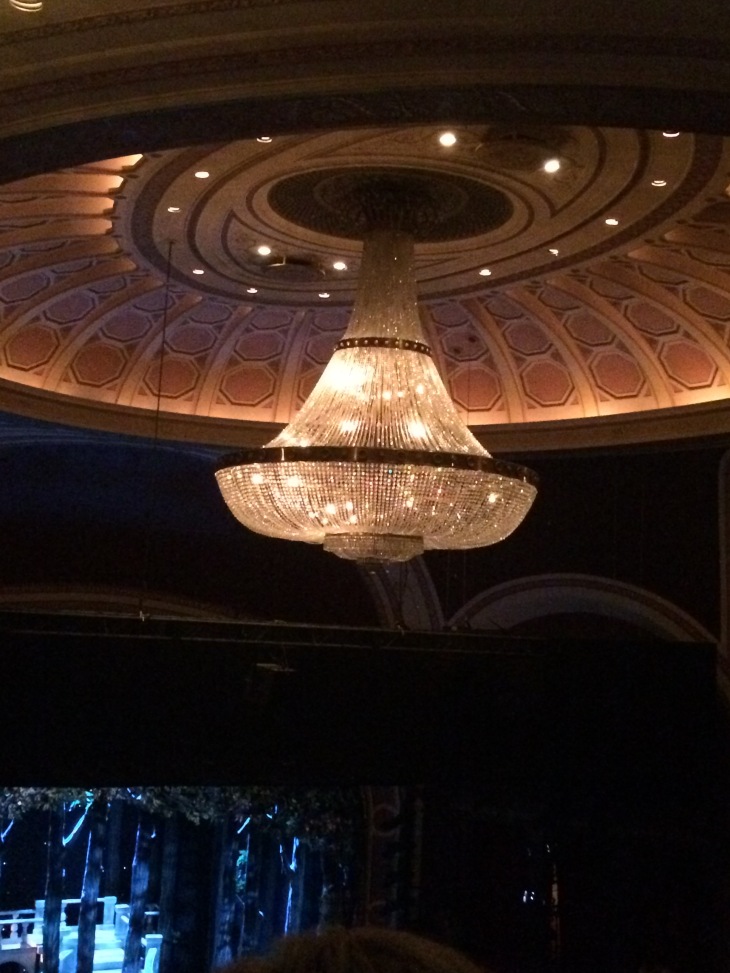 We felt like we were in a museum. I think it was because of the area we were in.. They weren’t used to seeing a trio of young, black women with class. My bestie Courtnie has a nice dread-head up-do and people thought it was art– literally. This only confirms the fact that black is beautiful, so there! 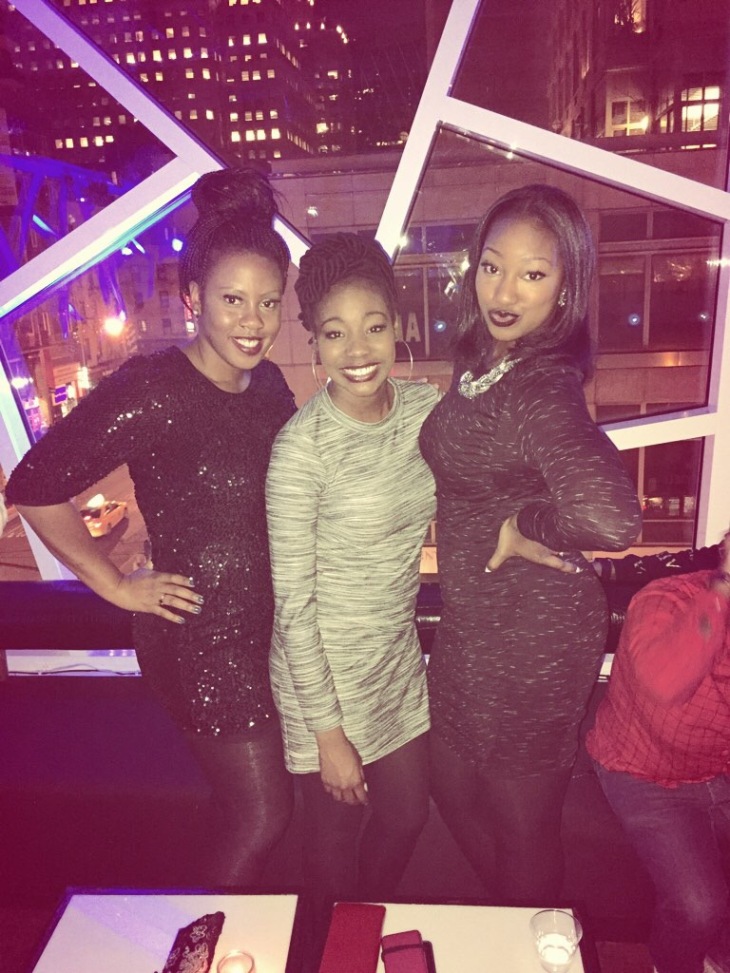 2. Never trust a man on the corner with a portable credit card machine.

This screams S-K-E-T-C-H! We almost fell for the okie-doke, but a black man saw a group of black women– walking with a stranger with a credit card machine, and he let us know NOT to fall into the NYC sales trap. We saved $60!

1. No need to apologize, ever.

Sorry, not sorry. Don’t use this word while in NYC. You appear to be lame, and soft (so we learned the hard way).

Take heed to our lessons learned via #NYCNights and enjoy your next trip the Big Apple!

What an amazing weekend!!

— Belle in the City Giselle

#BelleInTheCity ✨Why I'm Obsessed With The Wiz: Original Motion Picture Soundtrack
#GiselleAve New on the #Blog
#GiselleAve ✨📓Hi Travelers! It’s Giselle, Founder & CEO here on @GiselleAve writing to share some exciting news with you! I’m happy to announce that I’ve created my FIRST poem book! This poem book is dedicated to every Grandmother, Mother, Daughter, Sister, Aunt and Cousin that struggles with knowing that She is Loved.
🖤⚡️OnGiselleAve.com
🌸Hey Brown Girl, You’re Beautiful!